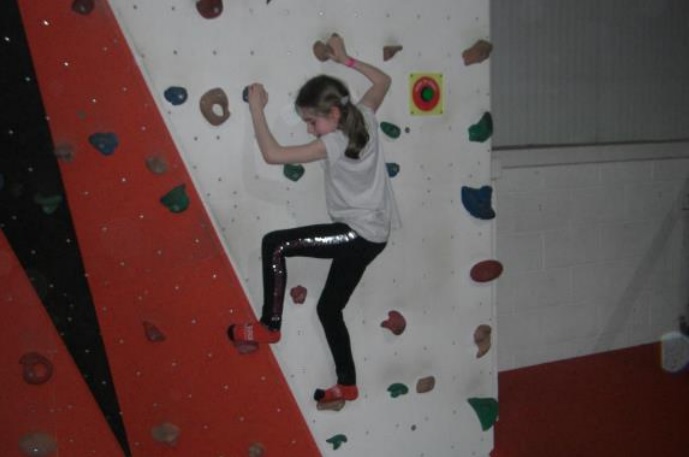 On Thursday 21st February 2019, our young people and their families went on a day out to Energi Trampoline Park and Clip n Climb in Preston.

When we arrived at Energi, we met with our party host, Sarah, who explained what we would be doing. Our group watched a safety briefing and video before we went into the trampoline park. The children enjoyed bouncing on the trampolines, making their way round the inflatables, jumping onto giant air pillows, taking on the climbing wall and having fun in the foam pit.

Whilst at Energi, we also had the opportunity to have a go on the Skyride. On the Skyride, the children and some brave parents were fitted with a safety harness, which was clipped on to a track, fixed to the ceiling of the trampoline park. Once clipped on, the children stepped off a platform and swung round the track until they reached the landing platform at the end of the skyride.

We then headed over to Clip n Climb in Preston. Clip n Climb has 20 different climbing walls and challenges to have a go on. Once there, the children attended a safety briefing and were fitted with climbing harnesses. They were shown how to use the walls and walk around the climbing area safely. Everyone had a great time trying out the different walls and trying to get to the top as quickly as possible.

The children also had the opportunity to have a go on the vertical drop slide. Anyone going on the slide had to put on a safety suit and helmet. They then got on to the slide and had to hold on to handles attached to a rope, which pulled them up the slide. Once they had reached the height they wanted they let go of the rope and slid down the giant vertical slide.

We all had a great day out in Preston and we’re looking forward to meeting up again soon.

Vision Support Barrow and District is committed to the codes of the independent regulator of charitable fundraising in England, Wales and Northern Ireland.